Today Ete sits down with Isabel and David Dupes, owners of The Great American Food Truck.

We often speak of each interviewee's "journey" on this show, complete with twists and turns, surprises, and unlikely coincidences. But David and Isabel have taken one of the most twisty, surprising, and unlikely routes to their present life. They have most certainly been on a "journey," trekking great distances both literally and figuratively, to the life they have now. And they had a secret weapon in meeting all challenges–their strong devotion to each other. Ete remarked on the overwhelming sense of authentic love, respect, and kindness with which they treat each other. Not a sappy sweetness, but a true concern for each other's well-being in each moment. He hoped that this would come through in the episode because it is something quite evident "in real life" and special about the couple.

This journey of thousands of miles began in two very different places. Isabel grew up in Valencia, Venezuela, the third largest city in the nation and a bustling industrial hub. Her father was an economist. Her grandfather, the captain of the first ship to bring oil from Venezuela to Europe was "somewhat of a national hero." Large family, food-filled gatherings were frequent as "every little thing, we celebrate," noted Isabel.

David grew up on a farm in rural Ohio where his family–two siblings and his parents–raised cattle. Generally, it was just his family. Eventually, David became a software engineer and moved to Nashville.

Their two stories converged in Miami, where both happened to be vacationing. At the time, Isabel spoke very little English, and David, little, if any Spanish, but that proved not to be much of a barrier. Soon afterwards, David went to visit Isabel in Venezuela and within a year, he had moved there.

As a software engineer, David was able to continue his work. Isabel became an entrepreneur. She started walking the beach with a cooler selling her home-made gelato. When the "ice cream mafia" tried to put her out of business, she set up a kiosk to sell her frozen treats. She began selling her gelato to restaurants.

It was at this time that her US permanent resident visa came in and they had to move to the US. But when Isabel received dual citizenship Venezuela became their home again. They were living an idyllic life with their children in a house they'd built on a beautiful island. And then they began to see serious warning signs. There was political instability, social unrest, food and gas shortages. Americans were targets. They began to fear for their children, so they left.

Isabel and David loved Park City, but the exorbitant prices of housing led them, as it has to many others, to discover the enchanting Heber Valley. They moved to Heber.

Isabel started selling Venzeuelan food at a local farmer's market. People loved it. She found a food trailer at a great price. It was equipped for cooking and selling hot dogs, corn dogs, and nachos. So they figured, why not? The Great American Food Truck was born. They knew they were onto something when their line kept pace with the venerable, much-loved Lola's food truck.

Excited, they moved forward. By mid-March their truck was wrapped and they were all ready to go for the season. And then COVID hit. Everything shut down.

In May they were invited to park their truck at the Mountain Valley RV Resort, which went well. They started selling at other local spots. The community has been very supportive and things are looking good for The Great American Food Truck. They hope to keep adding trucks.

David and Isabel could never have envisioned this life. Standing in a cattle farm in Ohio, or a busy Venzuelan city, who could have foreseen any of it? But they are loving the life that has unfolded–twists, and turns, and surprises, and all. 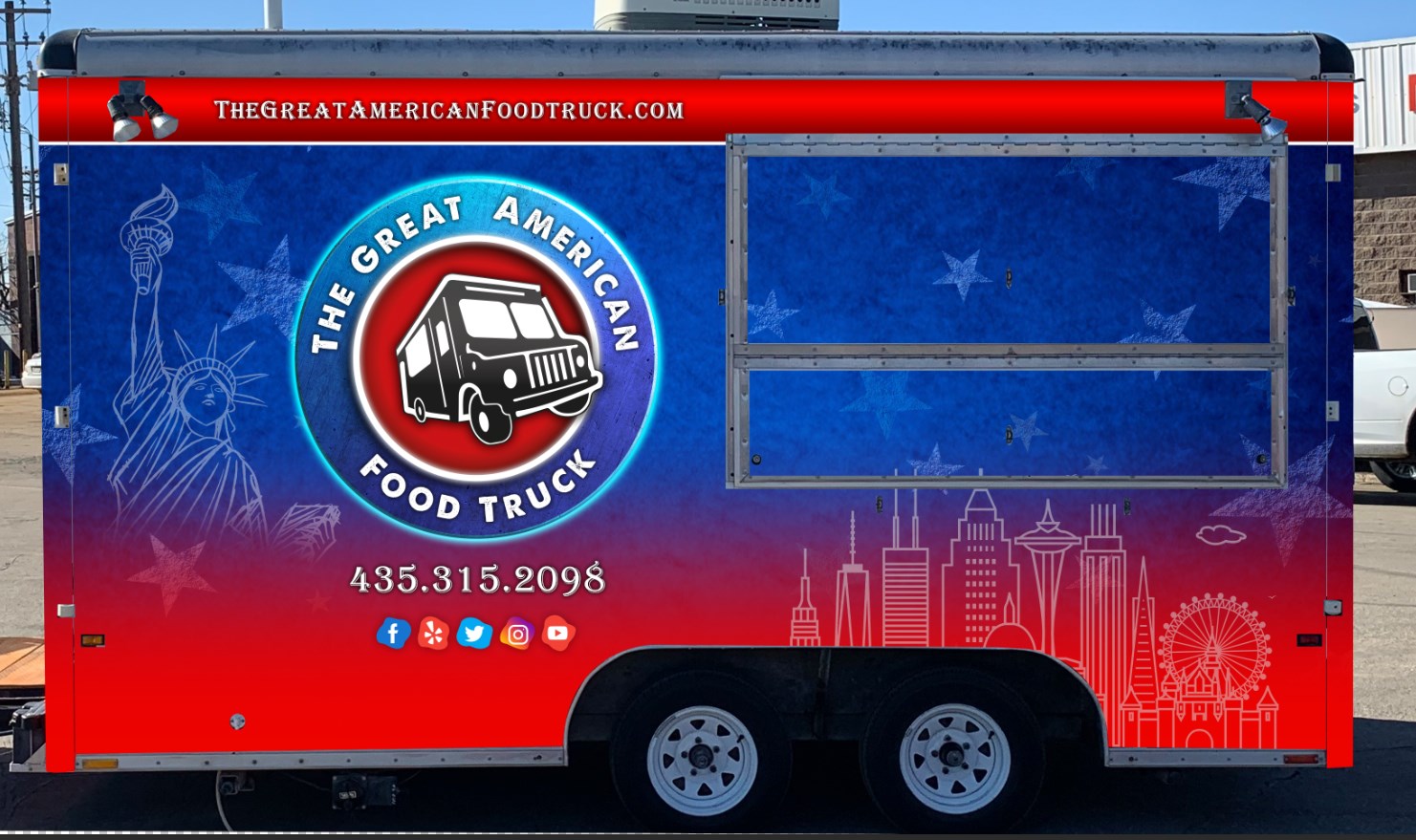 Specialties We are a food truck proudly serving great American Classic Specialty food to the Heber Valley and beyond. History Established in 2020. We are a food trailer based out of Heber City. This is our second season in this area but we have many years perfecting our menu items...